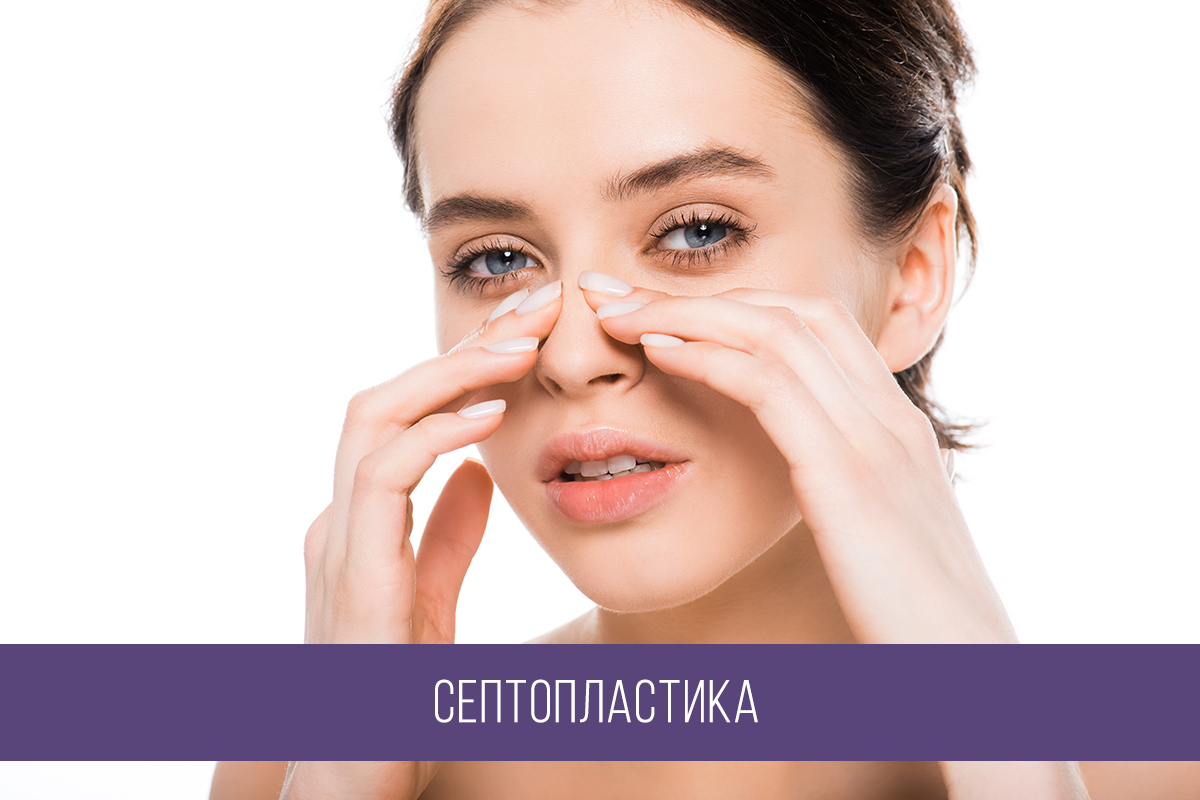 Septoplasty is a surgical procedure that corrects defects, distortions and perforations of the nasal septum, which separates the left and right nostrils.

Why is septoplasty performed? 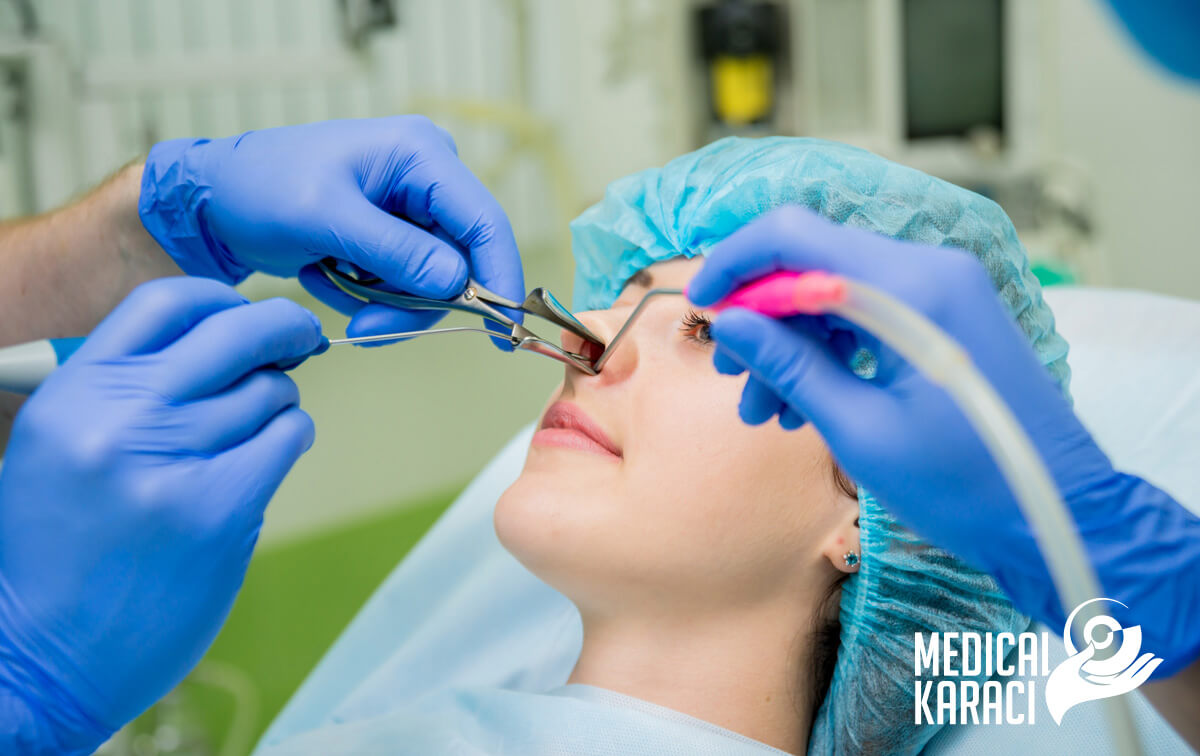 The deviation of the nasal septum occurs very often. However, when the deviation is severe, the septum can block one of the nostrils and eliminate the airflow that passes through it, causing difficulty breathing in one or both nostrils.

In what cases is septoplasty applied?

Suitable patients for septoplasty must be over 15 years of age and have some of the following symptoms:

Preparation for the operation

How is septoplasty performed? 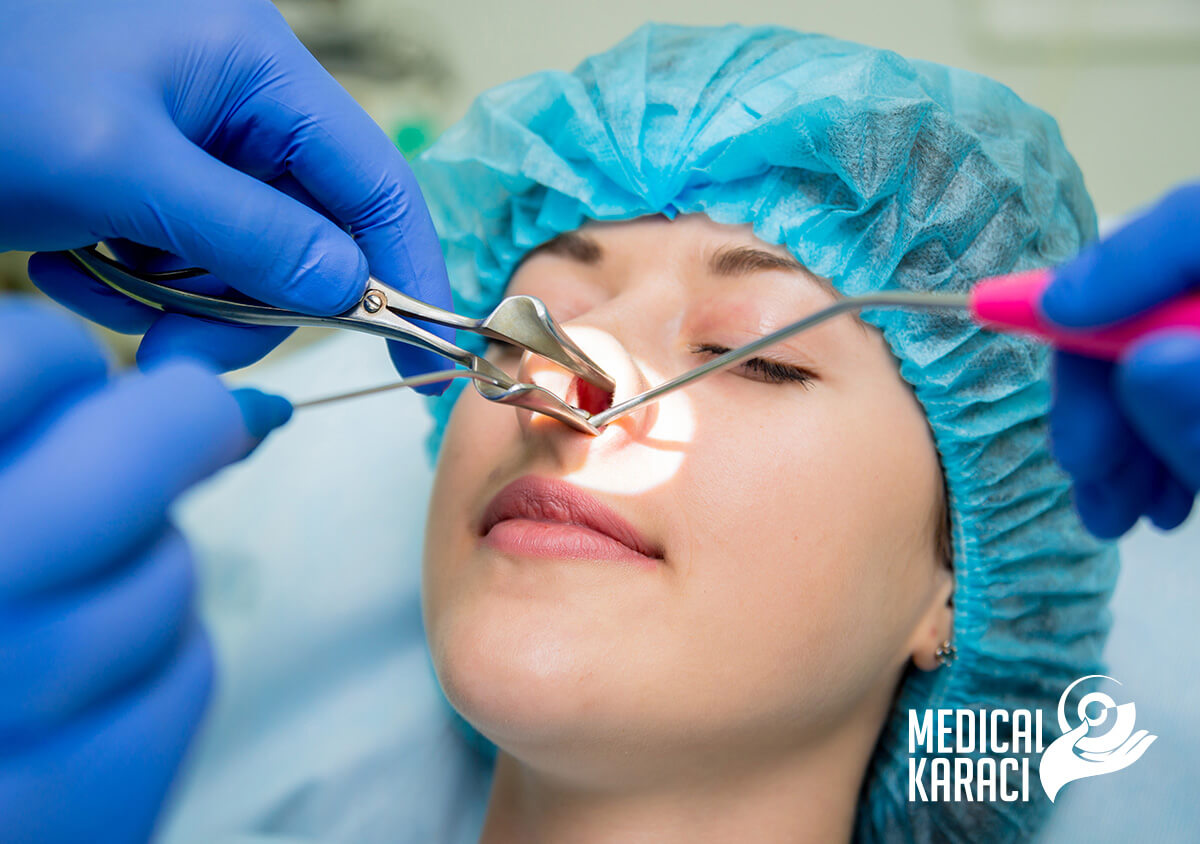 The laser alone cannot cure a deviated septum. However, it can be used during surgery to make bloodless incisions. The laser is known to stimulate skin cells and collagen production, which helps speed up the healing process. The laser can also help treat other nasal problems such as sinusitis and swelling.

This is a non-surgical procedure. The doctor injects the empty space in the nose with a filter to create balance. The deviated septum is then no longer obvious. It only takes 10 minutes, costs less than the surgical procedure, and is safe. However, the results are not permanent.

This is endoscopic nasal surgery. It is performed under local anesthesia. A balloon catheter is inserted into the sinuses, where it swells to open up the nasal blockage and relieve the sinuses.

Septoplasty surgery is performed under general or local anesthesia, depending on the patient's case. The operation is done inside the nose. The surgeon makes an incision in the area that separates the two nostrils, then carefully removes the mucous membrane. The septum is straightened and any additional cartilage or bone is removed. The lining is reinserted and stabilized by splints, which are removed two days after surgery. Septoplasty surgeries are often accompanied by plastic surgeries to give the nose a more attractive shape. The patient will suffer from bruising and swelling for 7 days, which is quite normal.

Guidelines for the recovery period 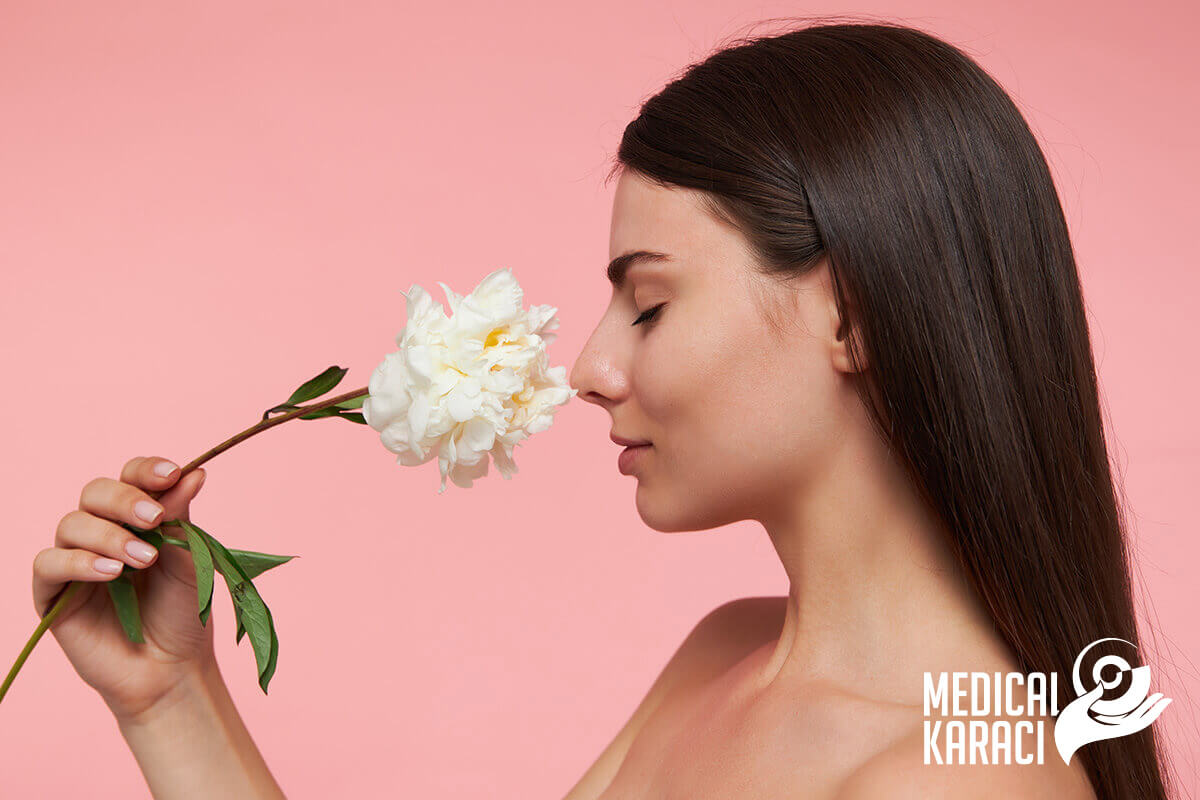 In three to six months, the cartilage and nasal tissue will be fully restored.

Breathing becomes much easier and fulfilling.

You may still notice changes in the cartilage and nasal tissues over the next year or more.

Are rhinoplasty and septoplasty the same procedure?

Rhinoplasty is plastic surgery to beautify the external shape of the nose, while septoplasty is a surgical procedure to treat a deviated nasal septum and its symptoms.

Can septoplasty be unsuccessful?

Is it possible to do septoplasty and rhinoplasty together?

Yes, it is possible. When septoplasty and rhinoplasty are done together, the surgery is called septoplasty.

Can septoplasty correct a crooked nose?

Do septoplasty splints cause pain?

Septoplasty splints are plastic or silicone pieces that are placed inside or outside the nose to stabilize the septum after surgery. Septoplasty splints do not cause pain. They do, however, cause discomfort for some time until they are removed.

Does septoplasty change the tip of the nose?

Usually septoplasty does not affect the shape of the nose. However, if septoplasty surgery involves removing pieces of cartilage or bone, the tip of the nose may change.

Does septoplasty help with sleep apnea?

Septoplasty treats nasal blockage caused by a deviated septum, allowing for better breathing and stopping snoring sounds that are symptoms of sleep apnea. This means that septoplasty can help with sleep apnea.

Septoplasty is a surgical procedure. So, like any surgery, it is accompanied by some level of pain after the intervention. However, the pain can be reduced by painkillers prescribed by the doctor.

Like any surgical operation, septoplasty carries some risks. However, the risks of septoplasty can be minimized when the surgery is performed by an experienced and capable surgeon.

Septoplasty is not cosmetic surgery,but it can be combined with such.

When is septoplasty necessary?

Septoplasty is performed by otolaryngologists, ENT surgeon or plastic surgeon.

Will septoplasty help with headaches?

If the headache is caused by sinusitis, septoplasty will help reduce it.

Will septoplasty help with chronic sinusitis?

For more information about the hospital, the teams and the equipment, you can call: +359 879 009 742
Offices in the country
"Cookies help us deliver our services. By using the site you accept that we may use cookies.
Read more HERE.
Приемам
Manage consent

This website uses cookies to improve your experience while you navigate through the website. Out of these, the cookies that are categorized as necessary are stored on your browser as they are essential for the working of basic functionalities of the website. We also use third-party cookies that help us analyze and understand how you use this website. These cookies will be stored in your browser only with your consent. You also have the option to opt-out of these cookies. But opting out of some of these cookies may affect your browsing experience.
Necessary Always Enabled
Necessary cookies are absolutely essential for the website to function properly. These cookies ensure basic functionalities and security features of the website, anonymously.
Functional
Functional cookies help to perform certain functionalities like sharing the content of the website on social media platforms, collect feedbacks, and other third-party features.
Performance
Performance cookies are used to understand and analyze the key performance indexes of the website which helps in delivering a better user experience for the visitors.
Analytics
Analytical cookies are used to understand how visitors interact with the website. These cookies help provide information on metrics the number of visitors, bounce rate, traffic source, etc.
Advertisement
Advertisement cookies are used to provide visitors with relevant ads and marketing campaigns. These cookies track visitors across websites and collect information to provide customized ads.
Others
Other uncategorized cookies are those that are being analysed and have not been classified into a category as yet.
SAVE & ACCEPT

Our offices at home and abroad: