The main goal of the Medical Karadjie Centre is to provide its patients with preventive health care and quality medical care abroad. All the medical services we offer are related to the use of the most innovative and advanced technologies and practices applied in medicine. The majority of the medical facilities we work with are built to the requirements of JCI /Joint Commission International/ - Quality and Safety Management System in Healthcare. Medical Carragee Health Information Centre has built long-standing relationships with its partners, which enables us to be flexible and respond quickly to cases where urgent care is required.

We believe that our patients' personal choices should be informed and supported by the competent opinions of specialists in various medical fields. From patients' first contact with us through to diagnosis and treatment, we continually care for their peace of mind and safety. We approach each patient individually so that we can provide a different approach, carefully tailored to the needs and specifics of the particular illness.

Whether you need preventive care, diagnosis or treatment, you have a huge range of options. You are asking yourself many questions and looking for the answers. Who is the right specialist for you? Is the price you have to pay reasonable? How should you organise your travel and stay? All this takes a lot of time and effort. With ZIC Medical Karaj the whole process of organization becomes faster, easier and safer. With Us:

ZIC "Medical Karadži" is not just an intermediary! We are building a new path for a better and healthier life! Good health is mission possible!

How does the whole process work?

When a patient comes to Medical Karaj Health Information Center, our competent consultants carry out a consultation with him, inform about his health problems, request the necessary medical documents and clinical examinations. We can assist in translating and legalizing the necessary documents through a partner company that gives preferential rates and conditions to our patients. At our discretion, the patient's documents are referred for review to hospitals that specialize in treating the specific disease. After discussing the case with the medical teams, the patient is given one or more treatment options. We pride ourselves on ensuring that our patients have the chance to make an intelligent and informed choice when making an important decision about their health.

After receiving quotes from several hospitals, we review and discuss the treatment plan with the patient. If the patient wishes, a date is scheduled for an examination and tests tailored to the patient and the available hours of the specific specialist at the hospital. We arrange the transport, hotel accommodation, internal transfers, interpreters and services that the patient needs. It is important to emphasize that ZIC Medical Karadži has a local representation that follows the whole process and can be a support and support to patients and their relatives during their stay and treatment.

The manager of ZIC "Medical Karaj" is Mrs. Zvezdelina Lutfi, who has been developing the activities of the health center and organizing the treatment of Bulgarian patients abroad for more than 10 years. 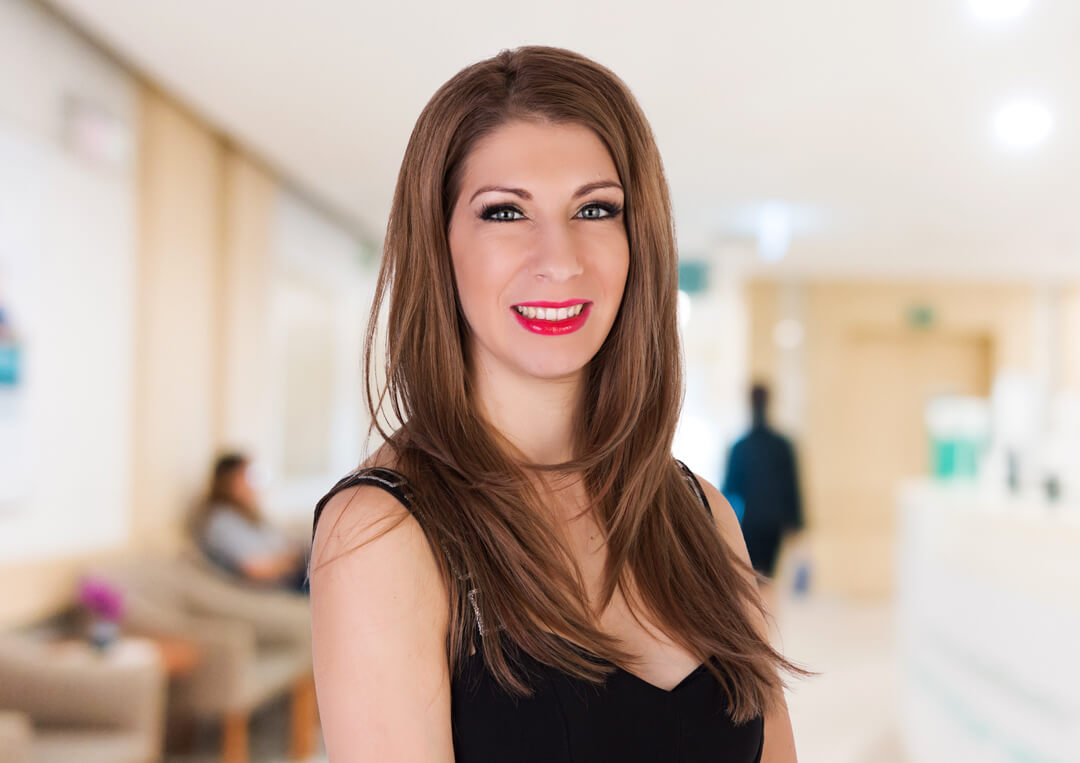 Over the years, Stars, as most people call her, has been able to successfully help thousands of patients find solutions to their health problems and many families hear their babies cry in their homes. Stars fights hard and tenaciously for each and every patient of the health center. Her knowledge and experience, as well as her personal attention to each individual case, have contributed to building trusting relationships with patients, and in many cases, the development of lasting friendships.

Thanks to her, relationships have been built with some of the best hospitals and more importantly with some of the best doctors in the world, who still visit ZIC "Medical Karaj" to consult completely FREE Bulgarian patients. Its commitment to innovative solutions and constant research into the highest quality and most high-tech medical services in the world ensures that Medical Karadji patients have access to the best solution for their health.

Zvezdi supports and actively participates in the organization of charity campaigns to raise funds for the treatment of patients. ZIC "Medical Karadzhi" successfully partners with a number of Bulgarian foundations and charities.

As a mother and a wife, the manager of "Medical Karaj", Zvezdelina Lutfi, juggles many responsibilities. Alongside her work, her two still young children and her husband, Jamal Lutfi, give her strength on a busy day.

The team of ZIC "Medical Karadži", which works together with Zvezdi for the cause of the health center is mainly composed of medical specialists and specialists in "Health Management", who have many years of experience in working with patients. They all work together to make a real positive difference for Bulgarian patients.

Our team loves the good ending, the successfully overcome pain and the crying of the long-awaited children who came into this world with our help. 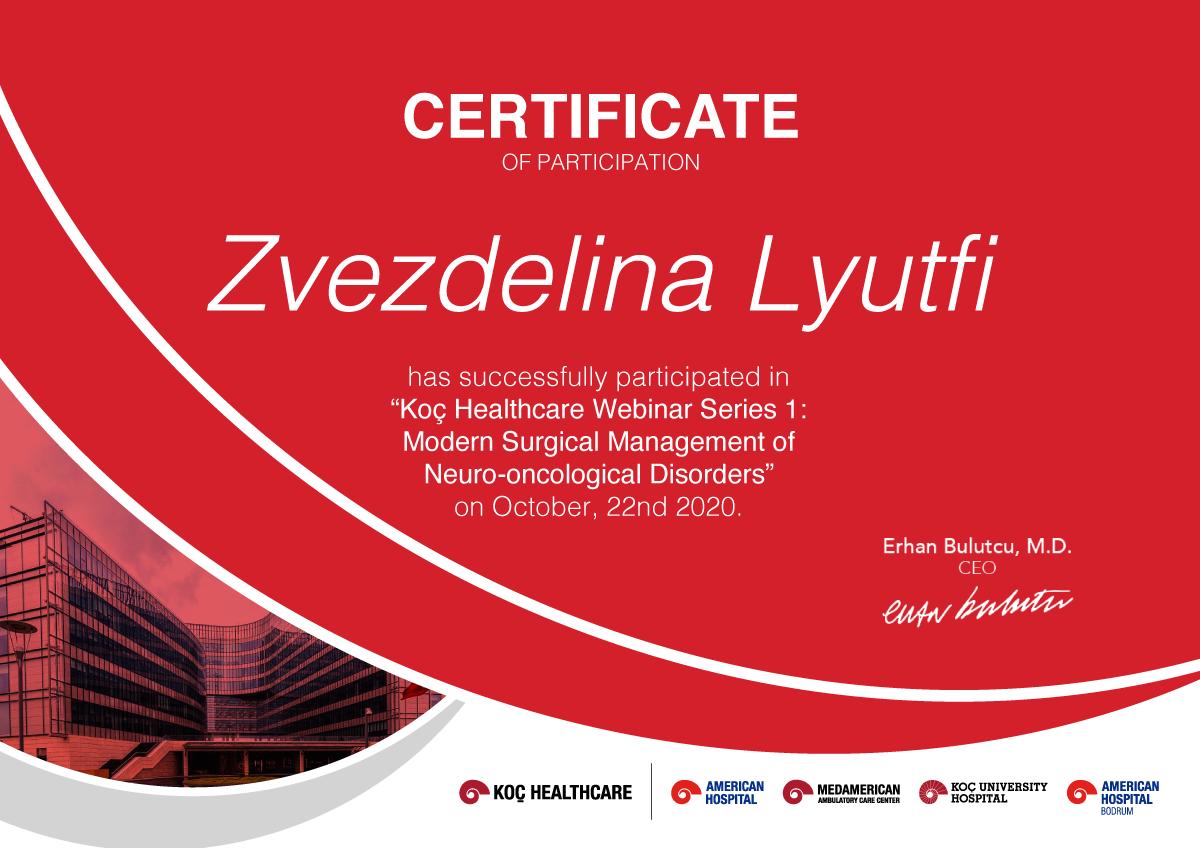 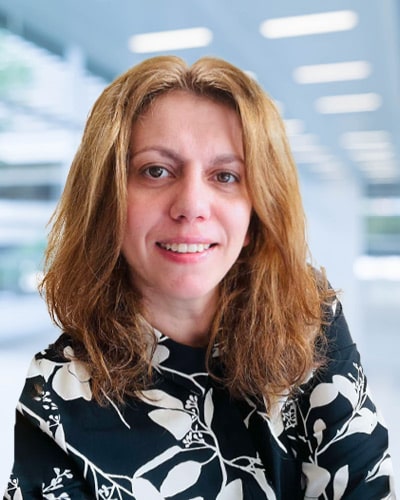 Antonia was born in Plovdiv in 1985. She graduated from the Medical College - Plovdiv with a specialty "Rehabilitator" in 2008. After her graduation she started working as a rehabilitation therapist in the newly opened physiotherapy and rehabilitation department of the State Medical Center VII in Plovdiv. From 2012 to 2014 he studied at the Faculty of Public Health of the Medical University of Plovdiv in the specialty "Health Care Management". She worked as a medical registrar in the imaging department of Tokuda Hospital and as a manager in a specialized store for orthopedic products and aids. She became part of the team of ZIC "Medical Karadži" in December 2020. Fluent in English 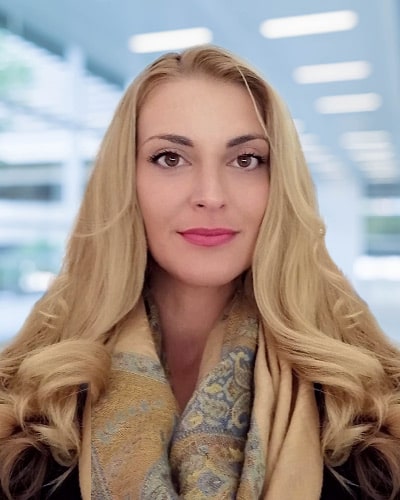 Denitsa was born in Stara Zagora in 1987.

Recently, she has been part of the Medical Carragee team.

Denitsa is currently completing her Master's degree in Public Health and Health Management at MU.

Her undergraduate degree is in English with a minor in Greek. She is fluent in English and Greek.

He has obtained certificates in health care: for internal auditor, for successful completion of 4-year training course in hospital accreditation and quality control in hospital with Japanese organization: Tokushukai Group.

During her studies, she started her professional career as an international project coordinator at the non-governmental patient organization BFPA.

In 2012 he became part of the Accreditation and Quality Control team at Tokuda Hospital Sofia. The team had the difficult task of leading the hospital to successful JCI accreditation. And succeeded.

In 2018, Denitsa became part of the team of a large pharmaceutical company, where she deals with quality control and is the chairman of the Bulgarian Association for the Development of Parallel Trade in Medicines.

Denitsa also worked briefly in the field of clinical research, where she gained valuable experience in conducting and supervising clinical trials.

They discovered each other with the Medical Carragee team earlier this year. 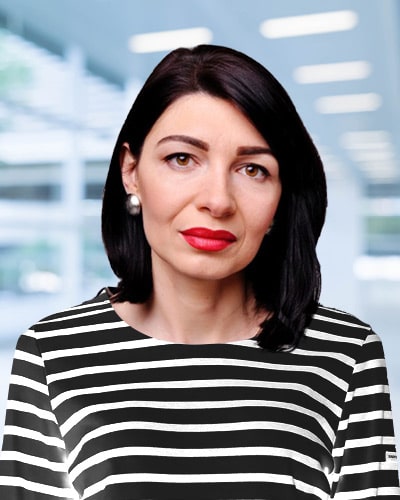 Ina was born in Sofia in 1986
She has been part of the Medical Carnage team for several years.
Ina has a Master's degree in Health Management. She graduated from Medical University-Sofia in 2011.
Soon after graduating, he began his professional path.
He started in the healthcare field by becoming part of the team at the National Heart Hospital. There he laid the foundations for his further development. He joined a close-knit team of professionals where discipline is an important part of everyday life.
Then, there was a period where he worked abroad. After a little more than a year, he returned to Bulgaria again.
The next place he settled on was City Clinic Cardiovascular Center. He worked there for more than 4 years. At City Clinic he gained a lot of experience. He says that there he learned to make quick decisions under stress, to organize every second of his time, to communicate with many different people.
The year 2017 falls in the realm of clinical trials. The activity there is very different from anything that has happened before. She can't say it was her place, but she is learning
of perseverance and acquire analytical skills.
And after all that - she's now part of the Medical Carnage team.
"Here I learn new things every day, I interact with patients, I face different cases. Meeting medical professionals from abroad gives me new knowledge. During the consultations we observe many interesting medical cases and follow their development." 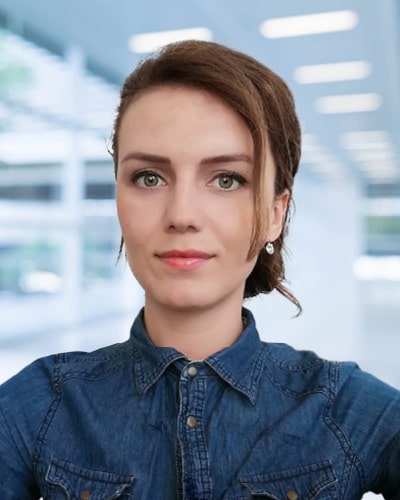 Kamelia was born in Troyan in 1993. In 2016 she graduated from Medical University - Pleven with a degree in Medical Rehabilitation and Occupational Therapy. From 2016 to 2018 she studied in the Master's program of the Faculty of Public Health at Medical University "Prof. Dr. Paraskev Stoyanov"- Varna, specialty "Pharmaceutical Management".
She did her compulsory state internship in the specialty at Adnan Menderes University Hospital, Adnan Menderes. She completed her internship at the University of Ayden Menderes, Turkey. She has worked as a rehabilitation therapist in a private Medical Rehabilitation Center in Varna and as an aesthetic body therapist in a medical cosmetic center. She became a part of the team of ZIC "Medical Karaj" in September 2020. Fluent in English.

Medical Karaj Health Information Centre Ltd. is proud and honoured to have an official certificate with a valid license to carry out health tourism, which was obtained after passing an examination for proficiency in various languages and medical terminology. Thanks to this certificate, ZIC "Medical Karaj" is entitled to offer the service of "medical tourism" in accordance with all the requirements and general principles of the regulation of international institutions supporting health tourism.
Furthermore:

For more information about the hospital, the teams and the equipment, you can call: +359 895 77 08 69
Offices in the country
"Cookies help us deliver our services. By using the site you accept that we may use cookies.
Read more HERE.
Приемам
Manage consent

This website uses cookies to improve your experience while you navigate through the website. Out of these, the cookies that are categorized as necessary are stored on your browser as they are essential for the working of basic functionalities of the website. We also use third-party cookies that help us analyze and understand how you use this website. These cookies will be stored in your browser only with your consent. You also have the option to opt-out of these cookies. But opting out of some of these cookies may affect your browsing experience.
Necessary Always Enabled
Necessary cookies are absolutely essential for the website to function properly. These cookies ensure basic functionalities and security features of the website, anonymously.
Functional
Functional cookies help to perform certain functionalities like sharing the content of the website on social media platforms, collect feedbacks, and other third-party features.
Performance
Performance cookies are used to understand and analyze the key performance indexes of the website which helps in delivering a better user experience for the visitors.
Analytics
Analytical cookies are used to understand how visitors interact with the website. These cookies help provide information on metrics the number of visitors, bounce rate, traffic source, etc.
Advertisement
Advertisement cookies are used to provide visitors with relevant ads and marketing campaigns. These cookies track visitors across websites and collect information to provide customized ads.
Others
Other uncategorized cookies are those that are being analysed and have not been classified into a category as yet.
SAVE & ACCEPT

Our offices in the country: